The historical tour of Bucharest is perfect for first time visitors and veteran travelers as well. The tour revolves around the historic center of Bucharest, with visits to various museums and historic sites. Some portions of the tour will allow you to walk the streets of this busy city and get acquainted with its many shops and art galleries. Drive by the Romanian Athenaeum, the former Royal Palace (stop a while in the Revolution Square), the Town Hall, the Opera House, visit the Cotroceni Palace,  short stop in front of the Military Academy, visit the Palace of Parliament- the second largest building in the world, being surpassed only by the Pentagon building in Washington, pass by the University Square. Passing through Union Square climb the Hill of the Patriarchate to visit one of the most beautiful orthodox churches in Romania. Founded by Prince Constantin Serban in 1658, it became afterwards the head of the Romanian Orthodox church. The tour must include a visit to the Old Princely Court. Bucharest’s ‘birth certificate’ is  the chart issued by Vlad the Impaler (better known under the name of  Dracula) in 1459. Though it appears that previous fortifications existed, as the archaeological excavations have shown, the specialists considered that it was him who  built a princely court here, whose ruins can be seen today in the old part of the city. Continue to the University Square driving by old churches and buildings, reach Romana Square and return to the hotel. (This tour lasts about 5 h)

- transportation by private car or minibus

- entrance fees to the museums included in the program

OPTIONALS (during the sightseeing tour):

* For more than 12 persons/group rates special discounts will be granted.

Rates are land only, per person.

* ALL RATES ARE SUBJECT TO CHANGE WITHOUT NOTICE. QUOTED RATES ARE GUARANTEED NOT TO CHANGE ONLY IF A DEPOSIT WAS RECEIVED FOR SERVICES.

Available in various lengths to suit most travelers' needs, "The little Paris"City package is an all inclusive way to enjoy the many sights and sounds of Romania's 500 years old capital.

The Half Day Classical City Tour (3 h) is an intense way of taking in Bucharest, learning about its rich past, about the intriguing melt of architecture styles, about the friendly and creative Romanian people. Historic buildings, museums, churches, too many to be discovered from the very first time, will be only indicated  for future visits.

Your free time will allow you to walk the streets of this busy city and get acquainted with its many shops and art galleries.

When travelling to Bucharest, capital city of Romania, either for business or for pleasure, you will have to choose from a wide range of  fine locations, modern or historical buildings, tourist or deluxe budgets.

*Note: ADDITIONAL TAX MAY BE CHARGED DIRECTLY AT THE HOTEL! 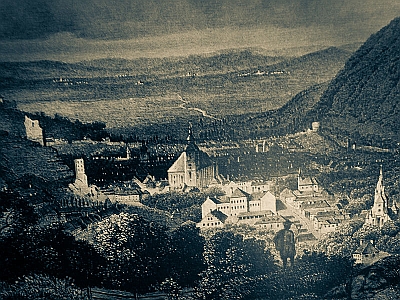